This year, I’ve decided to join my local  MOPs group (Mothers Of Preschoolers).  We’ve only had two meetings, but so far, I really like it.  At this last meeting, we had a video speaker who discussed the move between “Planet Me” and “Planet Mom”.  It was discussed how important it is for moms to maintain some of their personality traits and hobbies, even though time might be lacking.  After all, as the video pointed out, the word “Mommy” sounds like “Mom” and “me” put together.  After the video, one of the discussion questions was “What are some of the activities you gave up when you moved from Planet Me to Planet Mom?”  Most of the women at my table agreed that we can no longer do our crafts, but we didn’t really have time to be more specific.  The crafts I used to enjoy before I really lost the time for them were oil painting and Legos.  True, I don’t really have a natural artistic knack, but I would get those paint-by-number kits (back when they were a little bit higher quality than they seem to be nowadays); I would complete them and they’d turn out so pretty that I’d hate to have to tell people that I painted-by-number.

Another thing I enjoyed before I had kids was sorting and building with my extensive Lego collection I amassed over the years.  It took just one curious toddler to make me abort that hobby, and the Legos got packed away years ago when my oldest began to toddle.  Little pieces are the most fun part of the collection, and we couldn’t risk her putting those little pieces into her mouth or who-knows-where-else.  So I packed away the Legos, and somehow the entire collection followed me  throughout our moves around the midwest and resides with me today, albeit packed away in the basement.  There hasn’t been a shortage (blessfully) of little ones in our house for the past 10 years, so the Legos probably won’t see the light of day for at least a few more years – gotta wait until the little dude is old enough to play rather than destroy or get hurt with them.  So let it be known that I miss my Legos, but I am thankful to still have them and even to be adding to the collection whenever I can catch a cool set on a great sale – usually after Christmas.  Many empty-nesters turn their kids’ bedrooms into something of their choosing when the kids grow up and move away, like a gym, an office, or a rec room, but I already have plans for a Lego studio, where I hope to one day be able to build super-cool things like this: 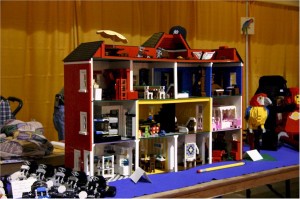 I’d also like to build a replica of my house as well as a local historic building: 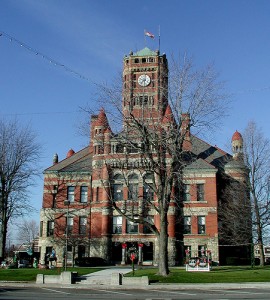 Now that would be cool, but very difficult.  But if I had more time, the sky is the limit!  My favorite sets are house or city-themed sets, and I also really like vintage Lego sets.  Does anyone remember Fabuland?  It was a series of more colorful Lego sets that featured animals as characters rather than the popular and better known Lego “mini-figs”.

Just because I don’t have the room now to be able to spread out and work with my Lego collection, doesn’t mean that I can’t look at cool things other people have built online, especially now that I’ve officially and publicly declared myself a dork on my blog!