Have you ever heard of the Dutch artist M.C. Escher?  His famous works depicted impossible realities, often based upon mathematical and spatial challenges.  Case in point, one of Escher’s most famous works, titled Relativity: 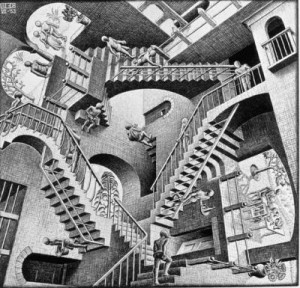 Let me guess, even if you’ve never heard of M.C. Escher, you’ve seen the above  picture, right?  But have you ever seen it in 3D?  Seems people have been recreating Escher’s art in Lego form, which I think is pretty cool! 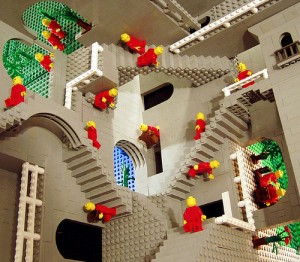 How about more of Escher’s most famous works, done in 3D Lego style? 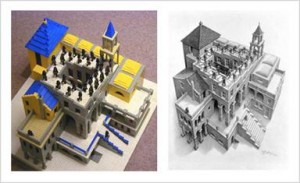 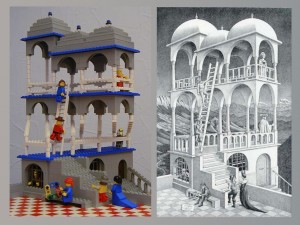 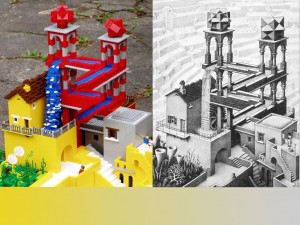