In honor of  fallen US soldiers on 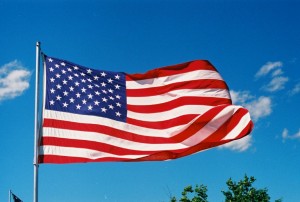 Despite the seriousness of Memorial Day and what it signifies, it is a day that is also  known for kicking off the summer season in much of the United States – the season of swimming pools, backyard BBQ’s, and days of school-less freedom for kids accompanied by the school-less dread cast upon many parents.

We had an action-packed but great Memorial Day weekend, beginning with a fun game night Friday night, and we stayed up too late.  Saturday I slept late (though I still only got about 4 hours of sleep!), and while I was sleeping, the kids set up a garage sale and got quite a few customers – I wrote about this in a previous blog post.  Saturday night we decided we would take the kids to experience the drive-in movie theater  – best before the mosquitoes got too bad for the year (yeah right) and before it gets too hot out.  We arrived at the drive-in early (I wrote about this place in another post as well; it’s a drive-in movie theater that was built on  a family’s farm in the middle of the country), and we gave Ladderball  (amazing what a dangerous weapon two balls on a string can be when in the hands of children) and Cornhole a try, but the kids had way more fun rolling on the huge area of open grass.  They delighted in petting the roaming farm dogs, and likewise – the dogs loved it too.  Before the movie started, we spilled 2 of the 3 cans of pop we had brought for the kids, and then disaster really struck – the mosquitoes came out in full force.  My oldest daughter, who has a propensity for attracting mosquitoes anyway, starting getting eaten alive and screaming about it.  Now the movie was starting – Oh, and it was Night at the Museum 2, something we really wanted to see.  So we had to pack up our little “camp” and quickly pile into the van to escape the carnivorous mosquitoes.  Once inside, it was hot and cramped.  Luckily my son was asleep, but the rest of us were all in the back of the van with the seats down trying to stake a claim on a piece of steamless window so we could see the movie.  More pop was spilled, and some blankies  became unusable for the night, which of course caused more tantrums.  There was about 20 minutes left in the movie when  everyone settled down, and our 2-year0ld fell asleep – 2 down, 2 to go!  During the interemission between the movies, we found out that many of the mosquitos went away, and my husband and I moved outside while the girls laid in the back of the van.  They did not see very much of Wolverine – our oldest didn’t make it past the opening credits.  While we weren’t really interested in seeing Wolverine a second time, we did so anyway since we had already paid for it and we were now kid-free.  It was such a nice night to sit under  the stars and watch a movie, and it became perfect when a silent farm dog came over for some more petting, honestly, what could be better?  From what I saw of it, Night at the Museum 2 is really funny.  I definitely have to see it again, but from what I was able to hear, Hank Azaria is just hilarious!  And I guess I need to back up so I can tell everyone about my husband’s extremely embarrassing moment.  We had pulled into our spot at the drive-in facing the screen, and then we noticed everyone else was backing in and lifting their hatches so they could sit in the back of their vehicles.  Thinking this would be a good idea, my husband went to turn the car around while I stood in our parking spot.  I looked over to see when he was coming, and that’s when I saw our van backing over one of those posts they have at the drive-in – OH NO.  Worse yet, I heard the sound of laughter as people laughed at my husband – I felt so badly for him!  The good news is, he was embarrassed, but mostly he was relieved because at first he thought he had hit a person!  So no harm done, even the pole was ok.  But this explains why turning the car around again was NOT an option when we got chased into the vehicle by mosquitoes!

Sunday we went to church of course, and we continued the Fearless series by hearing the story of Joshua, all of which was fitting for Memorial Day weekend.  After church, we decided to do something fun and met friends at the new great restaurant and shared Saganaki, which gained some new fans, I think.  Then we ventured up to Michigan, where they have a little fun park place with go-karts and bumper boats.  We had a blast!  Then the kids fell apart a little bit and presented a perfect example of my husband’s patented “trickle-down crab-onomics” theory.  Even so, we had lots of fun, depite the invasion of frogs at the fun park – you heard me, FROGS!

I am afraid of frogs, and I don’t know why.  It’s not really something I fear in my head rationally, but rather a “physical” fear.  When I see frogs, my body reacts in  any one or more of the following ways: shaking, screaming, crying, “heebie-jeebies” where I’ll just get this creeped out feeling like something is behind me or going to crawl up my back or something.  So anyway, on the way over to the bumper cars, there was a grate over a deep manhole that had a BIG green frog in it.  That guy was creepy, but I actually felt bad for him – I hope they can get him out.  They said next time it rains, the well should fill up and he’ll swim out, but I don’t know…  I wanted to throw some bugs down there for him.  And then while we were bumper boating, there was actually a FROG IN the bumper boat pool!  Luckily for me, this one wasn’t too big, but it really freaked me out – looked like a shark or an alligator floating like that with its head above the water.  Once I got over the initial frog freak-out, I was worried it would get smashed by a bumper boat.  But it didn’t, and the workers said they get frogs all the time.  On the way home, we decided to stop by a large lake where we looked for more frogs, snakes, turtles, and birds, of which, we saw lots.  But, we got home late AGAIN and didn’t even stay awake through our rented movie, oh well.

Monday we decided to take it easy and stay home, especially since we had lots of stuff to put away from the busy weekend.  And we also had to get all of our garbage out since we get one garbage day per month where we can put out anything we want, no matter how large it is.  We had tons of garbage from when we cleaned out and re-did the spare room, but when I woke up, all the garbage was already out there and the house was picked up!  What a nice surprise; hubby is the BEST!  We decided to go out and get a grill to add to our backyard Eden since we got our fence and our patio set the other day.  We went to Walmart and got the grill and some food, and had a cookout, which went pretty well – it was easier and cheaper than taking the kids to a restaurant, and they were better behaved outside then they usually are inside.  Overall, another GREAT weekend – I am thankful for the beautiful weather we had all weekend too!  Tomorrow it’s supposed to rain, but hey, maybe the frog will be freed.  A good thing, as long as he doesn’t hop down to Ohio!

Here’s hoping that your Memorial Day weekend was safe and fun, and hopefully you paused to reflect upon the entire reason we celebrate this time of year – to remember, honor, and be thankful to those American citizens who lost their lives fighting for our country.