Recently, a friend and fellow tangents blogger wrote a blog post regarding her bucket list – for those who haven’t seen nor heard about the movie of  said title, a bucket list is comprised of things you want to do before you die.  Her post got me to thinking about my bucket list, and maybe I’ll post it in the future.    For now, I know that one of the items on my bucket list – or many items, depending upon how I write it – will involve seeing certain species of animals; many of them endangered and rare.  If seeing rare animals is on my bucket list, then I can cross off one item – last week I got to see several specimens of the Kihansi Spray Toad – an animal that is considered extinct in the wild! 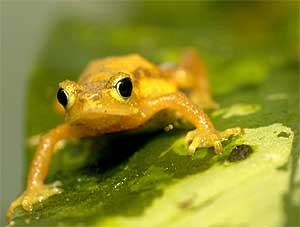 Given my intense fear of them, I never thought that a frog or a toad would be on my list of animals to see – but the Kihansi Spray Toad is actually kinda cute!  For me, it seems that the more brown and dry the amphibian, the more it creeps me out – not including salamanders, which I don’t have a problem with at all.  I’m not at all frightened by the beautiful blue Poison Dart frogs or other colorful species, which is strange since those are the ones that tend to be poisonous and harmful to humans.  Weird.  So anyway, I think the Kihansi Spray Toad is both extremely fascinating and very cute!

The Toledo Zoo is the only place in the entire world where people can view these special little toads who were first recognized as a species as recently as 1996.  Not only that, it is estimated that over half of the earth’s entire population of the toads live in Toledo.  I am so glad I decided to venture over to the Museum of Science in the Toledo Zoo last week to see the spray toad!  It was the highlight of my zoo visit; all of the other animals were kinda lethargic.  Oh, there is one more thing – my 10-year-old daughter got pooped on by a bird in aviary!  She was a really good sport about it, and it just plucked right out of her hair – no harm, no fowl.  My daughter’s unfortunate accident: 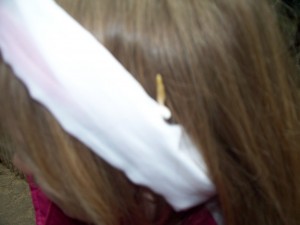 It was neat to see the local wildlife congregating in the unused Hippo-quarium.  It’s too cold for the hippos to be outside, but the ducks have a nice place to swim – who would have thought about what a group of ducks look like from under the water? 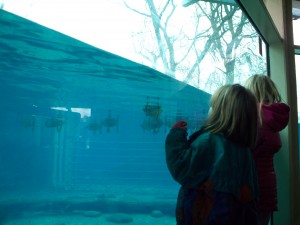 My 3 daughters fit into one giant egg! 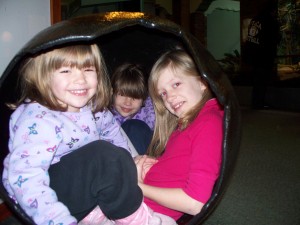 This was taken on a different day, but I had to put in this cute picture of my 2 youngest.  My little guy is learning to say “CHEESE!” for the camera 🙂 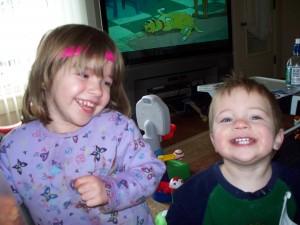 2 thoughts on “My Favorite Amphibian”